The Two Most Brilliant Women I Know (In Politics)

There aren’t enough women in politics. On the front lines as candidates, and especially behind the scenes. The polls you all read, for example, are created largely by men who have held their reigns of power tightly for decades.

The polls from Cook and Sabato use quantitative and qualitative data. This qualitative assessment by men, well, it’s a fair assumption to say they could be a bit biased and underestimating this race and many others. And as for that quantitative data – they haven’t asked our campaign for raw poll data. So they don’t have it.

Both Cook and Sabato have OH-12 listed as “Likely Republican” while Real Clear Politics and Politico have us as “Leans Republican”. It should be noted nearly every pollster listed OH-12 solidly as a toss up when Danny O’Connor took on Balderson in 2018.

When it comes to numbers, I trust in two women – two brilliant women who have bright and long futures in politics.

Rachel Bitecofer “aka the Election Whisperer”

Also known as “The Election Whisperer” Rachel is the most brilliant and courageous pollster you have never heard of. A senior fellow at the Niskanen Center, Rachel stunned the political world, when she was the most accurate in predicting the midterm House elections in November 2018.

Yesterday, Rachel, who had us at a “Lean R” long before anyone else, just upgraded OH-12 to a Toss-Up. Her groundbreaking methodology is brilliant and logical. She does it using very little actual polling. Read more about her work here and read her assessment of our race and others here.

Needless to say, she’s facing a lot of heat from traditional pollsters who feel threatened by her accuracy because it completely upends their system and, quite frankly, could put a lot of them out of jobs. Rachel has more to lose than any of the establishment pollsters, that’s why her rating of our race tells us so much. 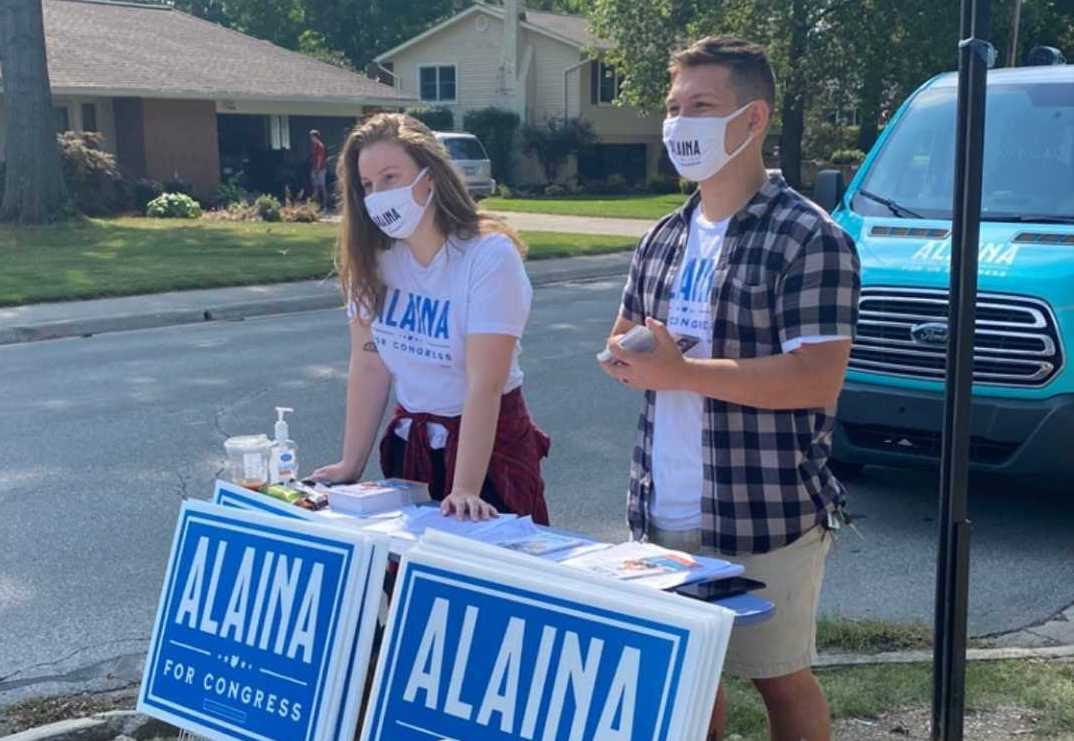 When I began this race my inclination was to break down every block and every corner of the District to know exactly who we needed to reach in order to win. I was told, “you can’t do that in a Congressional, it just takes too much time.”

When I interviewed Hannah Riddle, a soft-spoken young woman who stunned Ohio last year when her candidate, Beth Liston, flipped a long-held Republican State House seat by a whopping 13 points, I told her what I was told about turf research.

“Oh, I know, they told me the same thing,” she said, “They told me it would be a total waste of time.”

“I did it anyway,” she said, smiling.

I hired her that day.

Hannah has been crunching the numbers ever since. She started with turn out history by party affiliation dating back to the inception of OH-12 in 2010. Needless to say, I can’t tell you what she found because Troy Balderson & Team are reading this email. But I can tell you she found a very clear path to victory.

In just the past month we’ve had two internal polls. After Hannah gets her hands on the raw data, crunches the numbers and compares them to her previous research on turnout and party affiliation her conclusion is this: we can win by 4%, maybe more.

Today, I am asking you to ignore all of the male pollsters in this industry and to go all-in on this race by trusting in a few brilliant women.

Our campaign is rock solid.

We are crushing my opponent on digital media and our ground game is also astounding thanks to hundreds of volunteers working every week on sign distribution, lit drops and social media and content creation.

All we need to win is fuel in the tank. Please keep giving and donating whatever you can to the campaign. Together, we are going to shock them all on November 3rd and I can not wait.

I hope you’ll join me.